Tottenham Hotspur and West Ham United have been linked with a move for the Sevilla striker Youssef En-Nesyri.

According to Mundo Deportivo, the Hammers retain an interest in signing the 24 year old along with their London rivals but the player would prefer to join a bigger club. 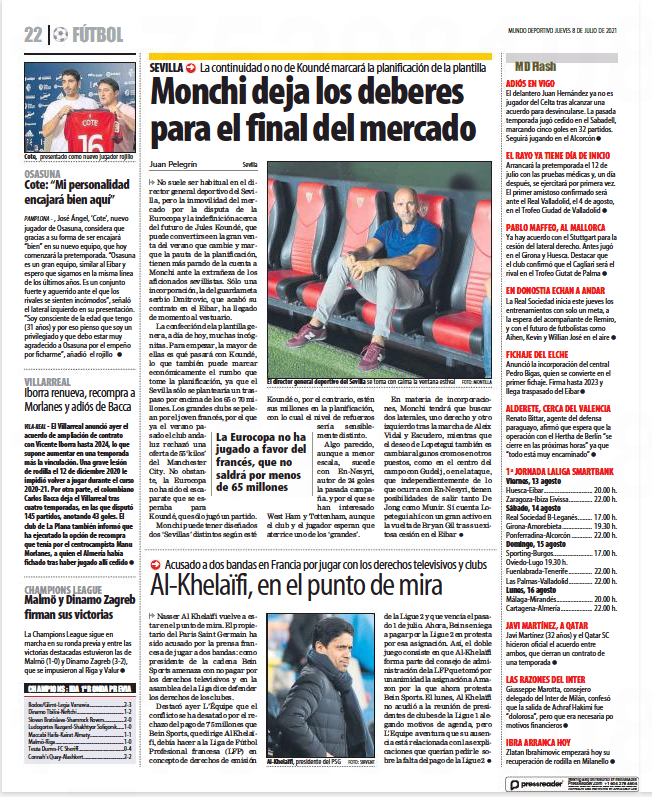 En-Nesyri has been in outstanding form for the Spanish outfit this past season and there is no doubt that he could improve both West Ham and Tottenham.

Both clubs will have to improve their attacking options in the summer and bringing in a quality goal scorer like the Moroccan would be a smart decision.

The Hammers were reliant on Michail Antonio as their only goal scorer last season and David Moyes must look to bring in an upgrade this summer.

West Ham will be playing in the Europa League and they cannot hope to juggle the Premier League and European football with just Antonio as their striker.

The Sevilla striker scored 24 goals across all competitions last season.

Meanwhile, Spurs must look to bring in a quality goal scorer to support Harry Kane next season and the Sevilla star seems like an ideal fit.

Sevilla will be playing Champions League football next season and it is understandable why En-Nesyri is not keen on a move to Tottenham or West Ham.

Neither Premier League club will be able to provide him with Champions League football next year and they might have to come forward with a really lucrative offer to convince the player this summer.