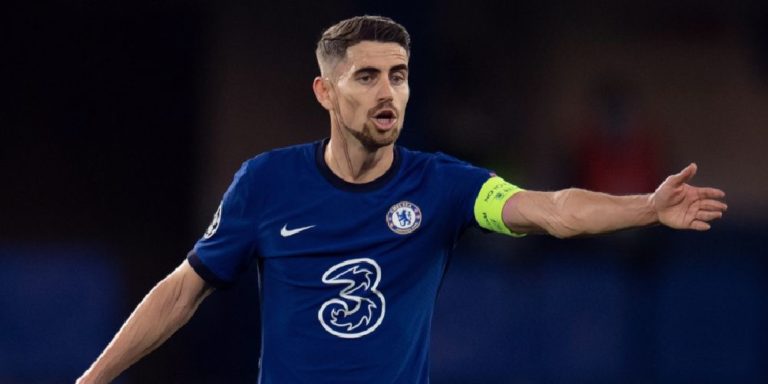 Chelsea midfielder Jorginho is keen for talks over a contract renewal at the club, as his agent confirms that the player has had interest from elsewhere.

The 29-year-old has been in stunning form of late, having played a pivotal role in the Blues’ Champions League triumph over Man City, before starring for Roberto Mancini’s impressive Italy side at Euro 2020, the former Napoli man netting the decisive penalty against Spain to confirm the Azzuri’s spot in the showpiece.

The deep-lying playmaker had initially endured a difficult start to life at Stamford Bridge after following Maurizio Sarri to the Premier League, yet has since become a vital cog under Thomas Tuchel and has forged a superb partnership with N’Golo Kante in the centre of the park.

Off the back of a fine club campaign, Jorginho’s agent Joao Santos is hoping he can cap the year with victory in the European Championship final against England on Sunday, a triumph that he believes could put his client in contention for the Ballon d’Or.

“I was at Wembley last night. Penalty kick? He takes that kind of penalty in training at least 30-40 times a day, he succeeds automatically now,” Santos told Radio Marte.

“He won the Champions League and did very well. Now maybe on Sunday he can also win the European Championship. And maybe he can also enter the Ballon d’Or list.”

Amid his fine form, attention will turn to a possible contract renewal for the player to remain in west London – his current deal set to expire in 2023 – with Santos admitting that there has also been interest from elsewhere.

“Proposals for the boy? Today, Jorginho’s valuation is around €50m. If a team arrives… Obviously he has made it to many finals,” he added.

“Did any club call me? Yes, but our first thought is to speak to Marina Granovskaia about the renewal.

“This is certainly a very important moment in his career, he has been waiting for it [Euro final] for 20 years.”

The post Jorginho keen for talks over Chelsea renewal as agent confirms interest from elsewhere first appeared on The Football Faithful.