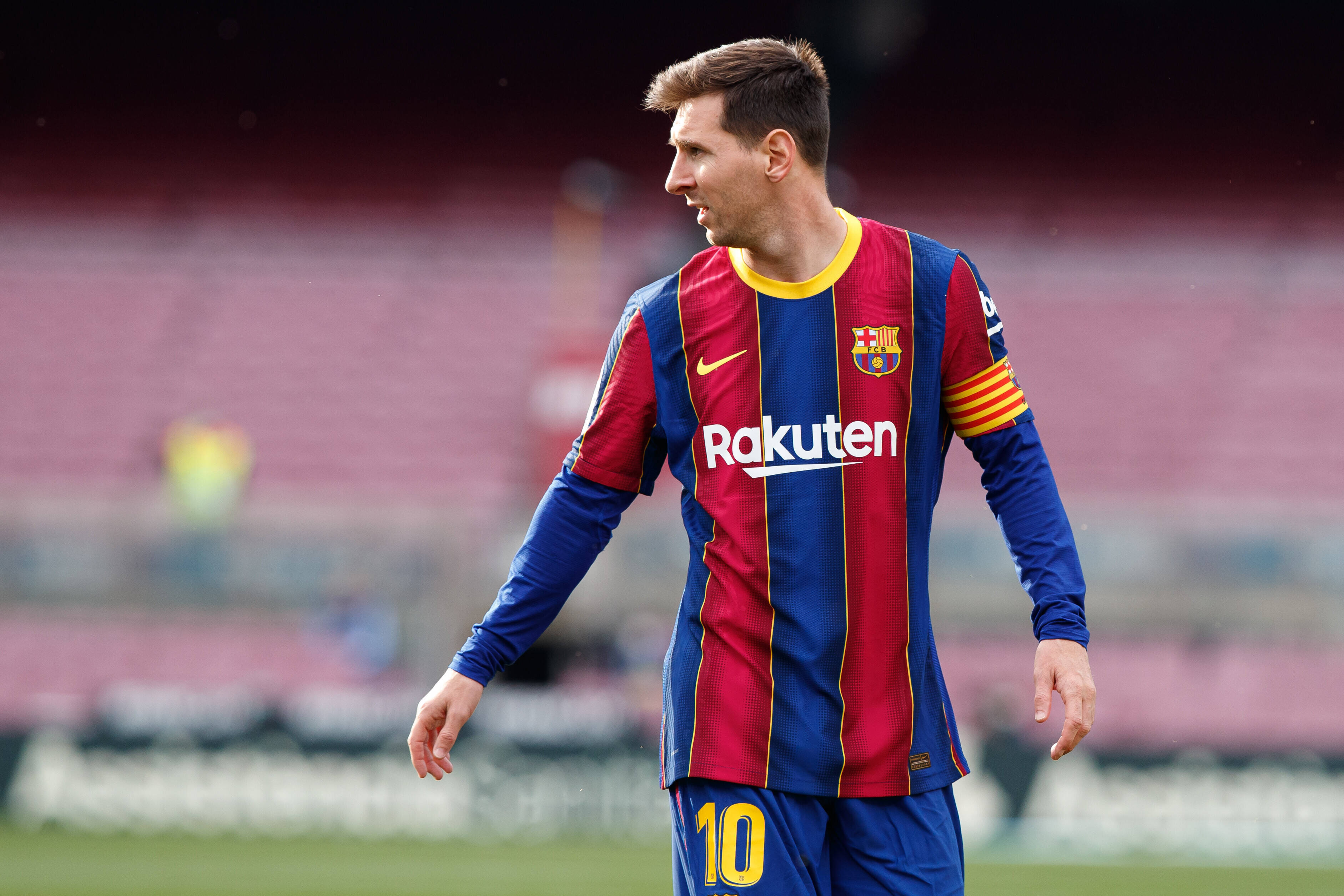 Barcelona president Joan Laporta has pitched Lionel Messi’s father-agent Jorge Messi with a contract offer that would see his son spend the next two years at Camp Nou.

The 33-year-old has less than two months left to run on his current deal in Spain and has yet to pledge his future to Barcelona following another turbulent season.

Messi seemed to be on the verge of cutting short his trophy-laden career at Camp Nou last summer, but former president Josep Maria Bartomeu managed to persuade him to stay put.

An embarrassing 8-2 defeat to Bayern Munich in the Champions League quarter-finals in 2019/20 and the club’s decision to release Luis Suarez last summer nearly pushed the six-time Ballon d’Or winner away from La Liga.

Despite convincing their captain and headline performer to remain, the Catalan giants have continued to struggle in 2020/21, which again raised questions about Messi’s future at the club.

The Argentina international’s contractual wobble in Catalonia has placed a few European heavyweights on red alert, with Manchester City and Paris Saint-Germain credited with an interest.

Meanwhile, Laporta’s arrival at the helm has injected confidence into the Barcelona camp that they can tie their best player down to a new deal.

However, they have been stalling on presenting Messi with an official offer up until this point.

There is no time to waste any more as Laporta approached the player’s father-agent to discuss the prospect of extending the Argentine’s contract for another two years.

According to Catalunya Radio, the parties have established contacts over a potential extension that would also see Messi join the club hierarchy after hanging up his boots.

ESPN’s Moises Llorens tweeted today that the dialogue between Laporta and Jorge Messi took place on Wednesday, saying the parties were happy with the meeting.

Messi left Barcelona on the eve of their trip to Eibar on the final weekend of the 2020/21 La Liga season and is currently preparing for Argentina’s Copa America pursuit.