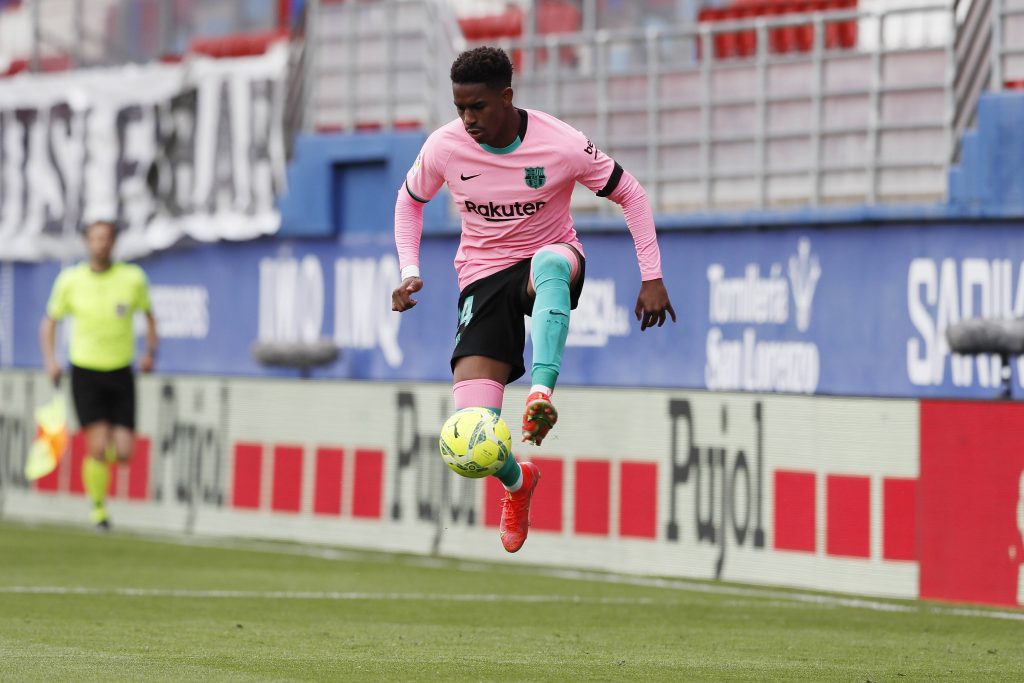 It is no secret that Joan Laporta is planning a revolution at Barcelona, which probably entails a massive overhaul of the squad, including a large number of departures from Camp Nou this summer.

One of the names on that list is Junior Firpo, the much-lauded Jordi Alba replacement brought in under Quique Setién, who has since failed to perform at the Catalan club, and is now looked towards as a source of transfer revenue in the summer transfer window.

The 24-year-old, who has only made 24 appearances for the Catalans across 2 seasons, has interest from 4 European clubs this summer, according to reports by ESPN.

The first is Premier League outfit Southampton, who are monitoring the situation of the Spaniard closely. Despite not qualifying for any European competition this season, Southampton are likely to offer Firpo first-team opportunities since Ryan Bertrand is set to exit the club after his contract expires, and may prove to be a good destination for the defender.

Other clubs in Italy’s top flight are also interested, such as AC Milan. Regardless, the left-back is proving to be one of the names that Barcelona should have no trouble getting off their shoulders this summer amongst a long list of names that president Laporta hopes to offload in an attempt to revitalise the squad.

Firpo was brought into the club for 20 million Euros, and La Blaugrana would be fairly lucky to receive a figure in the same ballpark as what they initially paid Betis.

Barcelona’s left-back spot is currently secured in the hands of Jordi Alba, although José Gayá was one of the names that are reportedly on the radar of the Catalans. They also have a highly promising backup in the youth academy in Alejandro Baldé, who is set to be promoted to the first squad this season.

Either way, one thing is clear: Firpo has a dangerously limited future at Camp Nou, and an exit is probably beneficial for both parties.