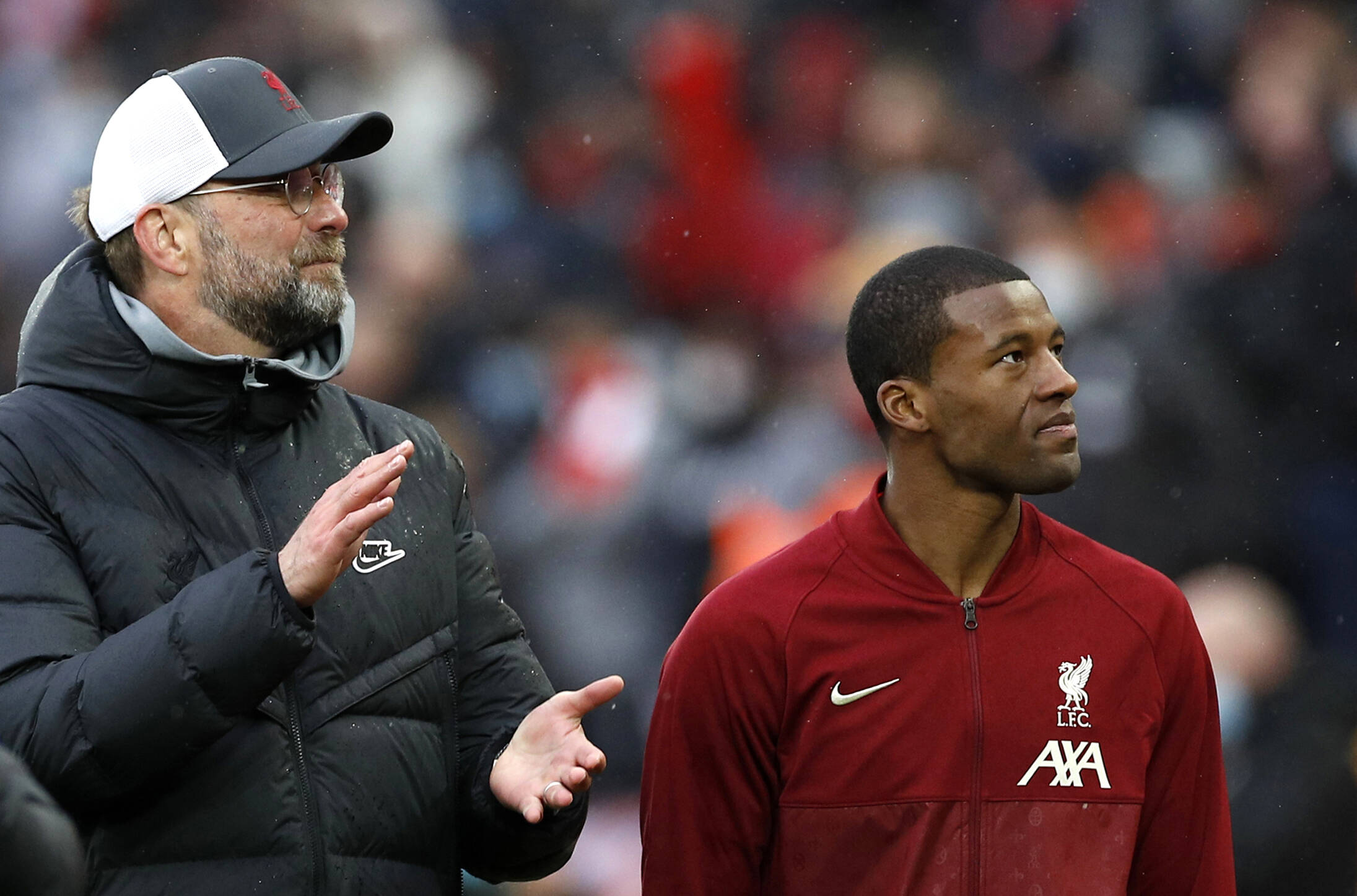 Liverpool midfielder Georginio Wijnaldum is leaving Anfield after five years, and the Netherlands international is expected to join a club outside the Premier League as a free agent.

The 30-year-old joined the Reds from Newcastle United in the summer of 2016, and he played a huge role in helping the team win the Champions League and Premier League.

Wijnaldum featured in 236 games across all competitions for Liverpool, scoring 22 times.

The box-to-box powerhouse was a key cog in manager Jurgen Klopp’s midfield, and replacing him could prove to be a daunting task.

The German will miss Wijnaldum’s impact, reacting thus to his imminent departure ahead of yesterday’s Premier League clash against Crystal Palace:

1/2 Jurgen Klopp fulsome in his praise of Gini Wijnaldum in programme notes: “Gini Wijnaldum. An LFC legend now and forever. What this person – this wonderful, joyful, selfless person – has done for our team I cannot sum in words. He is the architect of our success.

2/2 We’ve built this Liverpool on his legs, lungs, brain and his huge, beautiful heart. If – and it is still if – he goes, he does so knowing we as his teammates are eternally grateful for having this special human being come into our lives. I love him and he’ll always be family

Liverpool skipper Jordan Henderson was also full of praises for the Dutchman:

Thank you @GWijnaldum for everything you have done for this team and football club. It’s been a pleasure sharing a changing room and some incredible success with you. You will be sorely missed but I wish you and your family all the best in the future. #YNWA pic.twitter.com/tDlvFBOk3a

The former PSV Eindhoven star missed just 12 top-flight games for Liverpool, and he is not short of suitors across Europe.

Bayern Munich, Barcelona and Paris Saint-Germain have all been linked with Wijnaldum, and more top clubs are expected to emerge for his signature in the coming weeks.

Liverpool will be hoping to bring in a suitable replacement for the midfield stalwart and are reportedly eyeing Brighton and Hove Albion midfielder Yves Bissouma.

The Mali international is also wanted by Arsenal, and suitors have been told it would take around £40 million to land him.

Whether Liverpool would be keen to splash the cash on a midfielder this summer remains to be seen, and parting ways with Wijnaldum could prove to be a huge mistake going forward.

In other news, Fabrizio Romano has exciting transfer news for Liverpool fans.

“Great signing”, “Worth the gamble” – These Chelsea fans excited by surprise transfer rumour