by Gavin Peterson
in Football
0 0
0 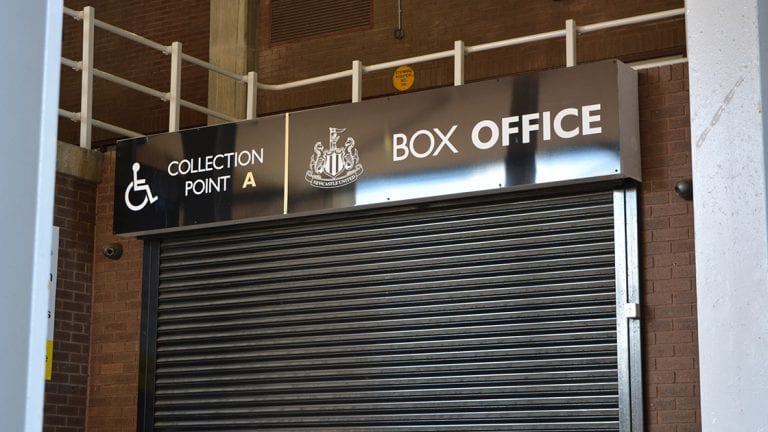 The long running Newcastle United season ticket refund debacle continues with no announcement from the club yet as to when fans can receive money back for a service they have paid for yet never received.

Mike Ashley and his cronies once again treat the fans with total contempt.

‘Contempt – The feeling that a person or a thing is worthless or beneath consideration.’

I contacted the club back in early March after the government had made an announcement that there would be no fans in stadiums until 17th May.

I pointed out that this date was after our final home game (which it was at the time) and asked if I could now have my final refund as there was no prospect of receiving the service that I had paid for. Surely this was a reasonable request I thought.

However, this was met with a standard template response from the club about how the refunds were being paid in stages and I would receive this sometime in May.

Why do I have to wait until May? I would like it now please, I retorted. Surely this would fall under the Direct Debit Guarantee, The Supply of Goods and Services act, or the Consumer Rights act. You can’t just hold onto money with no intention of providing the service you took that money for. Doesn’t the club know we are in the middle of a pandemic, people may be struggling and might be thankful of this money back.

All valid points I thought- how wrong I was.

The box office took away my queries and said they would respond as soon as possible. I had visions in my head that this would fall on Penfold’s desk and he would be sh.tting himself that we the fans were in the right and they would have to bow to our command.

I was king in my head for a day or so.

Then it came, the response which would get hundreds, maybe thousands, of fans their money back immediately. I would be a hero of the people – or so I thought.

“It is an important term of the long term deal that a direct debit remains in place and active for the duration of the deal. This is how we have been able to offer such an extended period of time and guarantee prices for our Supporters on that deal do not increase.

However, due to the exceptional circumstances presented to us all by Covid-19, despite the terms of the long term deal, we have been offering those Supporters periodic opportunities to claim a credit or a refund. We have set out those dates to you in previous correspondence.

Clause 5 of your Long Term deal terms and conditions state that, whilst the contract is ongoing, there is no entitlement to refunds. Despite this, we have sought to help our Supporters by enacting these periodic refunds together with deferring and extending the duration of the long term deal contracts. Accordingly, we do not consider we are in breach of the terms of the long term deal and have tried to accommodate our Supporters during this unprecedented period.

If, however, you consider that we are in breach of the long term deal terms and wish to receive a full refund outside of the periodic cycle – then this is possible under the termination provisions of your contract with us. Please note that if you choose to take this option, your contract with us will end and you will no longer be able to take advantage of the long term price freeze enabled by being on the deal (i.e. in future, you will need to purchase a new season ticket at the prevailing rate).”

In short, in the eyes of the club they don’t need to give us any refund and they are actually doing fans a favour by paying us it in bit parts. If you want a refund outside of when they decide they will bother their backsides to sort it out, you will have to terminate your long term deal.

Sh.thousery in its finest form.

Thankfully, personally I can live without the money until they do us that final favour and pay our hard earned money back, however, not all people will be in that position.

Yet again treating the fans like the sh.t on your shoe is the order of the day. Nothing but contempt.