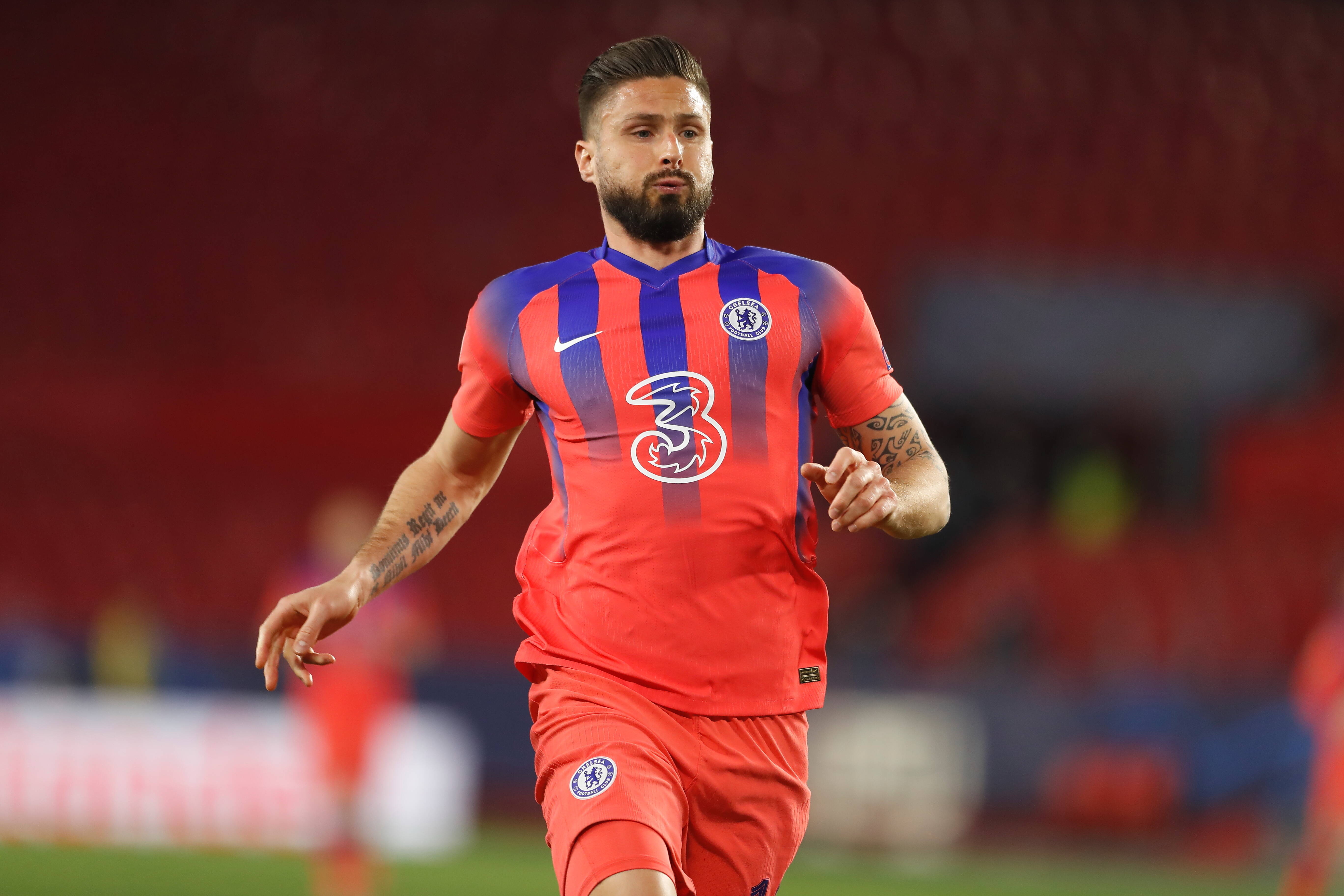 Crystal Palace and West Ham United are interested in landing the signature of Chelsea striker Olivier Giroud when his contract expires next month.

The France international has been contracted with the Blues for the past three-and-a-half seasons, but he appears likely to head for the exit door this summer.

The 34-year-old has gone out-of-favour over the past few months, with manager Thomas Tuchel preferring Timo Werner and Kai Havertz to lead the line.

He has still impressed with 11 goals coming from just 1,200 minutes of first-team action. Six of those have come in the club’s Champions League campaign.

Vincenzo Morabito, who is an intermediary of the player, has now revealed that the Blues would prefer to extend the contract of the striker.

He added that there is interest from Palace and West Ham while confirming that Giroud has been on the radar of Serie A clubs in the past.

He told Calciomercato.it: “It’s also true that Chelsea would gladly keep [Giroud] and that there are clubs in England interested, such as Crystal Palace and West Ham.

“In short, he’s a player who has a big market and in Italy, for some reason, he has never managed to close [a deal].”

Giroud has plied his trade in the Premier League over the past nine years, where he has settled in the English capital with Arsenal and Chelsea.

He would ideally prefer to remain in London, and both Palace and West Ham would be tempting options for the striker this summer.

Palace are planning a major summer rebuild with as many as 16 players likely to be out of contract at the end of the campaign.

Christian Benteke has excelled up front in recent weeks, but his future will be decided when a new manager is appointed.

Giroud has been a quality target man, and he is also good with his link-up play and can prove a menace for the opposition defence in the box.

Palace could consider him as a replacement for Benteke, but Giroud may lean towards a move to the Hammers, who will offer him European football.

David Moyes’ side are assured of playing in Europe next term, and Giroud could relish the prospect of regularly leading the line for them.

The club failed to replace Sebastien Haller after his January exit, which has cost them in their bid for Champions League football.

Sevilla’s Youssef En-Nesyri has regularly been linked with them, but he could now stay with the La Liga club to play in the Champions League.

Giroud would be a quality signing for the Hammers, having hit double figures in terms of goals in his three full seasons with the Blues.

It is an impressive statistic considering the striker has averaged just 47.86 minutes per appearance since arriving at the club in January 2018.