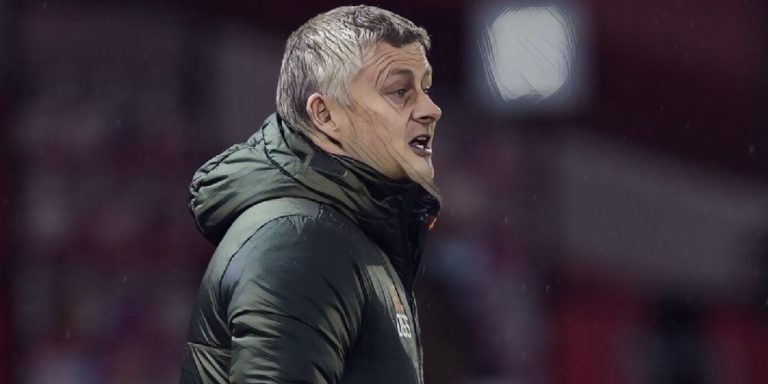 Ole Gunnar Solskjaer admits he is delighted to see the return of fans at Manchester United with up to 10,000 supporters expected to be in attendance against Fulham tomorrow.

Premier League fixtures will be permitted to allow fans to return this week in reduced capacity, as part of the government’s roadmap out of lockdown amid the ongoing threat of the pandemic.

The league has moved this week’s penultimate round of fixtures to allow each side to host home fans before the end of the 2020/21 campaign, with United ready to welcome fans for the first time in 14 months tomorrow evening.

Solskjaer admits his side have waited a ‘long, long time’ for the support of their fanbase at Old Trafford and is hopeful tomorrow’s fixture can be the first step back towards unity after protests against the Red Devils’ ownership in recent weeks.

“We’ve been waiting for a long, long time to welcome the fans back,” Solskjaer told his pre-match press conference.

“Of course with the last couple of home games, especially the Liverpool ones and the protests, it’s never nice to see a club that is not united with the fans and the team.

“So we’re hoping that Tuesday is going to be a positive day and that we move together and play a good game of football.

“That’s my job to prepare the team to play well and that they enjoy the day because that’s important that we get back and enjoy being together.”

Solskjaer admits the relationship between the team and fans is ‘vital’ moving forward, with the Red Devils having last had fans in attendance for the 2-0 derby win over Manchester City in March 2020.

The Norwegian is hopeful the return of supporters can provide his side with ‘extra energy’ ahead of the clash with the Cottagers, as the club look to bounce back from successive league defeats to Leicester and Liverpool.

“I think the mood in any club and the relationship between the team and the fans is vital to what happens on the pitch,” he added.

“They have always given us extra energy and hopefully the players will give the fans a reason to cheer and that’s what we have to focus on.

“It’s a big game for us in that respect. The last time we had fans in was against Man City.

“It was a great game and the best atmosphere I’ve ever felt at Old Trafford in a league game, so the next time we welcome the fans back in we need to make sure it’s a positive one.”