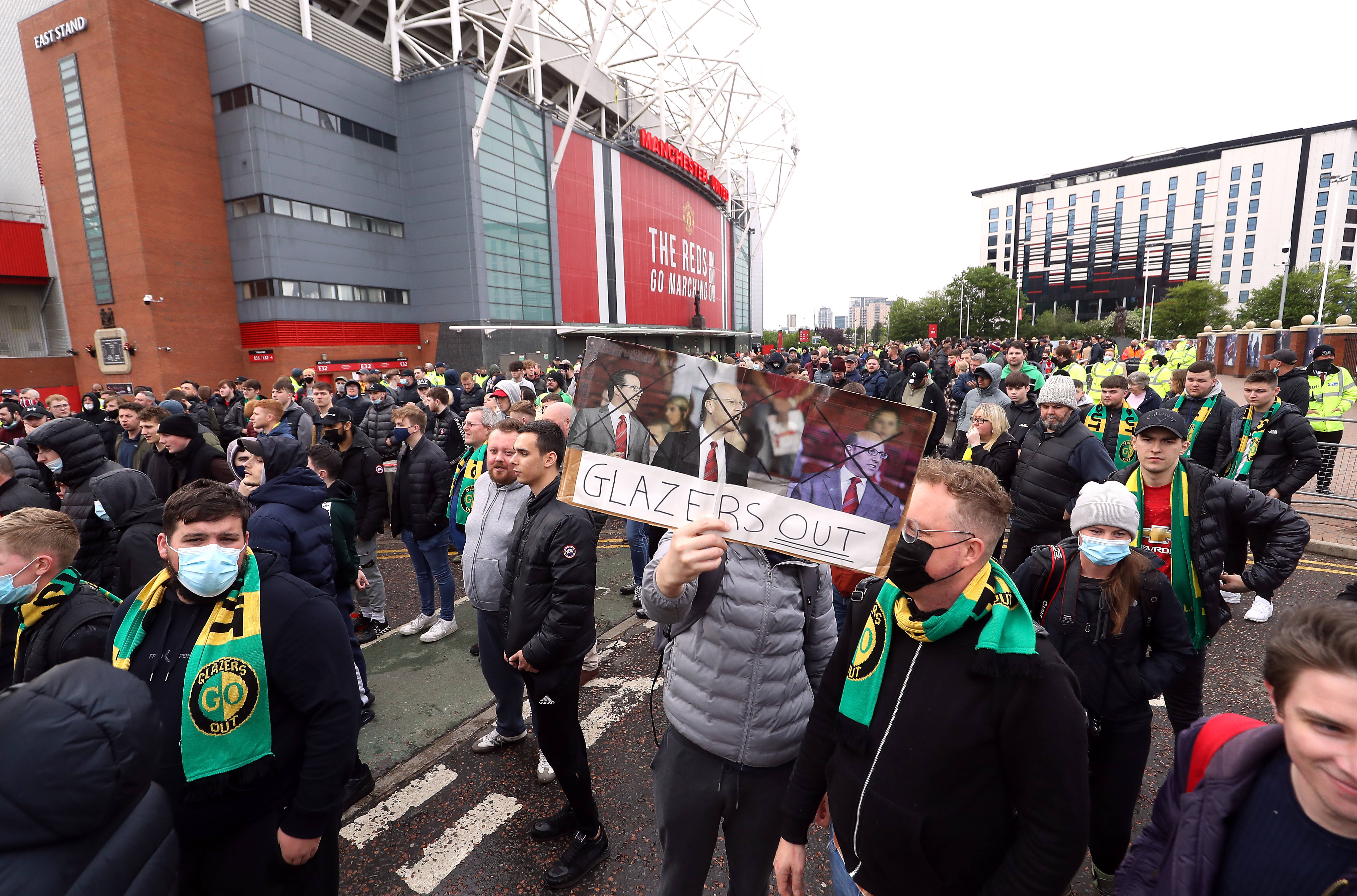 A couple of Manchester United fans were arrested by the police after they attempted to disrupt the Premier League game against Liverpool last night, Goal.com reports.

The match was initially scheduled on May 2 but was postponed after fierce anti-Glazers protests, with some fans finding their way inside Old Trafford.

Security arrangements were made for the rearranged game yesterday, which avoided any disruption despite a fresh round of protests from the fans.

It is now reported that two supporters were arrested in different locations, but the protests were largely peaceful with the fans chanting against the club’s owners.

Meanwhile, it was said yesterday that Liverpool had used their team bus as a decoy to confuse fans while they arrived at the stadium in two unbranded black buses.

However, it appears that the decision was made after the team bus was blocked by cars en route to the hotel, where the Reds players and staff were stationed.

Despite this, the game started as scheduled and the Reds came up with a crucial 4-2 win, which keeps them in the running for Champions League football.

They are currently four points behind fourth-placed Chelsea with a game in hand, and the top-four race is very much open with the Blues due to face Leicester City.

The Foxes are only a couple of points ahead of the Blues. The Reds have an excellent chance to make the top four if they win the last three games of the season.

By contrast, United need to regroup after back-to-back league defeats. They have two more games before the Europa League final against Villarreal in Gdansk.

Watching Gareth? Ranking the five highest scoring Englishmen in the PL this season