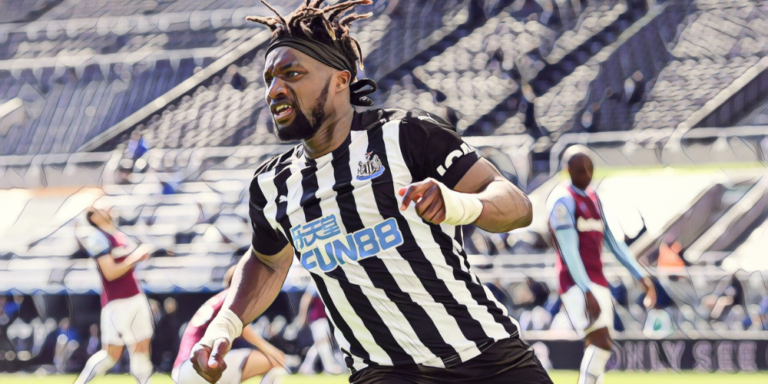 Allan Saint-Maximin has reportedly attracted attention from a number of clubs across Europe, the dancing feet of the Newcastle winger having caught the eye once again this season.

Saint-Maximin has endured a frustrating campaign with injury but his return to fitness has coincided with Newcastle’s climb away from the relegation places, his mix of raw speed and skill offering a fine outlet and different dimension to the Magpies’ attacking options.

Steve Bruce recently admitted it would be unsurprising if other clubs were monitoring the 24-year-old given his natural ability and match-winning talents, though has insisted Newcastle are not in the business of selling their best players.

Bruce may find it difficult to keep hold of the winger however, should one of Europe’s elite come calling this summer.

So for those of you who like to keep up to date with the latest sports betting lines, here are the five favourites to sign Allan Saint-Maximin.

Bayern Munich appreciate an exciting wide talent, from the duel threat of former favourites Franck Ribery and Arjen Robben, to the current contingent of stars including Kingsley Coman and Leroy Sane.

The Bundesliga champions have been priced as 12/1 outsiders to secure a deal for Saint-Maximin, but given their wealth of current options it appears unlikely a deal will be struck this summer unless there are departures at the Allianz Arena.

Saint-Maximin is undoubtedly a fine player and would add a unique option to almost any side, but competition for places from Coman, Sane and Serge Gnabry is about as tough as it gets in world football.

Ranked at odds of 11/1 are Paris Saint-Germain, who could be tempted to bring the former Nice winger back to Ligue 1 this summer.

PSG have narrowly fallen short in their pursuit of Champions League success over the past two seasons, finishing as runners-up in 2019/20 before a semi-final exit to Manchester City this term.

Changes are expected this summer with Julian Draxler out-of-contract at the end of the season, whilst loanee Moise Kean’s future remains uncertain and there remains the huge Kylian Mbappe-sized elephant in the room at the Parc des Princes.

Mbappe has yet to commit to a new deal and will enter the final year of his contract this summer, forcing PSG into a decision over whether to sell arguably the most valuable asset in the game.

Saint-Maximin would provide a home-grown forward option to the club’s ranks and playing alongside Neymar would certainly bring the fun factor to the French capital.

Manchester United have been priced at 9/1 odds to sign Saint-Maximin from Newcastle, the Red Devils in need of a solution to their problem position on the right wing.

Ole Gunnar Solskjaer’s side are expected to renew their interest in Borussia Dortmund’s Jadon Sancho, having failed to make progress on move for the England international last summer with the Bundesliga side demanding a fee of £108m.

Whilst that figure is expected to drop this time around, Dortmund’s asking price may still be unattainable in the current financial climate and a more cost-efficient alternative could be considered.

Saint-Maximin’s proven performances in the Premier League make him an interesting option and if the Frenchman can add improved end product to his often unplayable pace and trickery he could star for one of the division’s best.

Everton have been linked with the signing of the Frenchman in recent months, as Carlo Ancelotti looks to increase his options on the flanks.

Whilst Richarlison and James Rodriguez have often occupied wide roles this season, there is a lack of genuine alternatives and out-and-out wingers in the Toffees’ squad, with the likes of Alex Iwobi and Bernard underwhelming.

Everton previously expressed an interest in signing Wilfried Zaha from Crystal Palace and Saint-Maximin could prove a less expensive and more long-term option than the Ivorian if a deal can be struck.

Saint-Maximin would bring box-office excitement to Everton should he make the move to Merseyside, with the club looking to build on a first full season of improvement under the Ancelotti’s guidance.

Arsenal are ranked as 5/1 favourites to sign Saint-Maximin, the north London side having been tentatively linked with the winger since his arrival in the Premier League.

Mikel Arteta’s side are in need of a refresh and rebuild during the summer transfer window with the Gunners on course for their lowest Premier League finish since the mid-nineties.

Amongst a long list of agendas for Arteta is adding creativity to his side, whilst his experienced wide options have underperformed this season with both Willian and Pierre-Emerick Aubameyang performing below expectations.

Club-record signing Nicolas Pepe has also failed to justify his extortionate fee in two seasons at the Emirates and Saint-Maximin’s showmanship could provide a much-needed spark into the Arsenal side.