‘No one to blame but ourselves’: Some Liverpool fans react to Man United’s performance vs Leicester City

‘No one to blame but ourselves’: Some Liverpool fans react to Man United’s performance vs Leicester City – originally posted on Sportslens.com 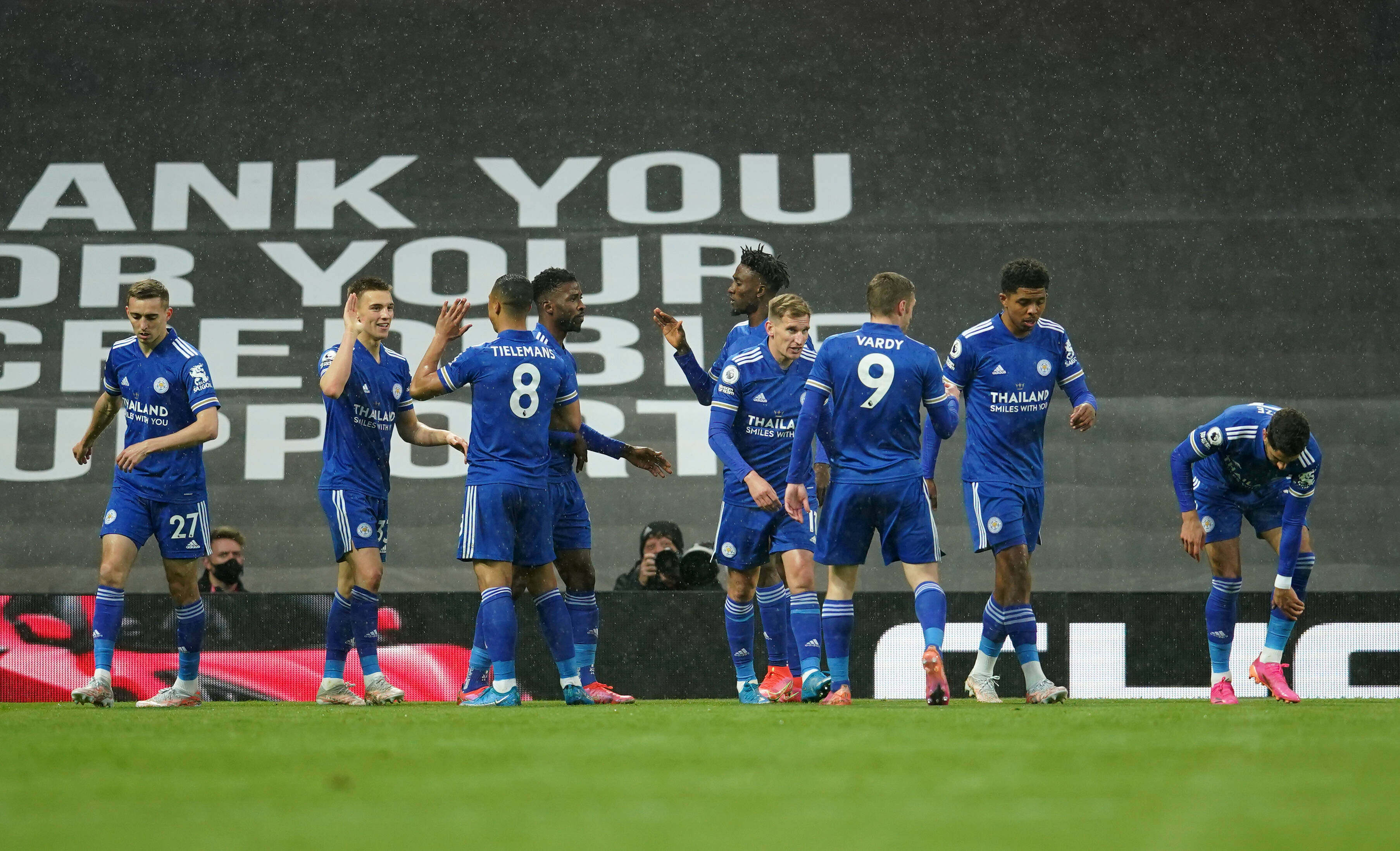 A selection of Liverpool fans sent their reaction as Manchester United suffered a 2-1 Premier League defeat to Leicester City on Tuesday night.

United boss Ole Gunnar Solskjaer had made 10 changes as the match was being played just 48 hours after the club’s 3-1 win over Aston Villa.

As a result, United struggled to get a stranglehold on the game, managing just one shot on target, which led to Mason Greenwood’s equaliser.

The defeat at Old Trafford handed Manchester City with a third league title in four seasons, while boosting the Foxes’ Champions League prospects.

The Foxes started the game with a six-point lead over Liverpool with a game in hand, but have now managed to extend the gap further.

The Reds are now seven points behind Thomas Tuchel’s Chelsea, who are now occupying the final Champions League spot in fourth.

The Blues are favourites to beat Arsenal tonight, and a victory could put the Reds on the cusp of missing out on Champions League football.

Despite this, some of the Reds fans on Twitter refused to criticise United’s team selection and performance by stating that the club have themselves to blame.

If #LFC fail to qualify for the Champions League then we only have ourselves to blame. Dropped points away at Leeds and home to Newcastle, and a lack of urgency in the transfer market in January.

Anyone saying this weakened Man Utd team is costing #LFC a Champions League place need to give their head a wobble. Losing at home to Brighton, Fulham and Burnley is what has cost us! No one to blame but ourselves… #MUNLEI

Guess it shows that if you get a game cancelled you can use it to your advantage, Leicester just had a massive advantage over all other teams playing at Old Trafford this season, dangerous precedent

As I said earlier, no problem with Man United’s team selection. They don’t owe us anything and the manager has to look after his own side. Liverpool should have beaten Burnley, Brighton, Everton, and Fulham at home. Simple as that, really.

We were never gonna build a dynasty with FSG’s ownership. United & Chelsea have overtaken us, Leicester are comfortable in the top 4. Only got ourselves to blame. #FSGOUT

The Reds are still with a shout to make the top four, and they need plenty of results to go their way to play Champions League football next term.

The club need to win their remaining four games, and hope that Chelsea or Leicester fail to cross the 69-point mark, which is the maximum they can manage.

They have a testing challenge against arch-rivals United on Thursday. Solskjaer is likely to pick his strongest XI after making wholesale changes last night.