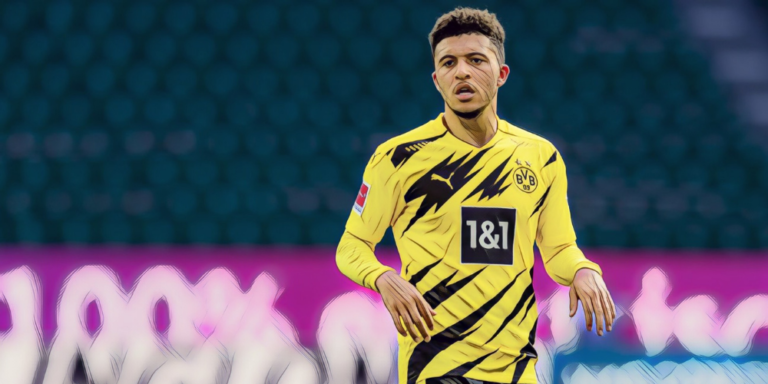 Cavani ended speculation over his future after signing a new one-year extension to his deal with the club this week, with the forward having been linked with a return to his native South America and Boca Juniors.

The 34-year-old has impressed since signing on a free transfer from Paris Saint-Germain last summer, scoring 15 goals in all competitions to become an invaluable member of Ole Gunnar Solskjaer’s squad.

United had been linked with the signing of a new centre-forward this summer, though Neville believes Cavani’s commitment to another season will see the Red Devils’ turn their attentions elsewhere and has backed the club to renew their interest in Sancho.

The Manchester Evening News have suggested that Sancho is ‘no longer a priority’ due to the presence of Mason Greenwood, but Neville views the situation differently and believes his former side will try once more to sign the England international.

“I think if you look at the policy over the last couple of years since Ole has come in at Manchester United, I don’t think they will sign another striker,” Neville said on Monday Night Football. “I don’t have the contacts on the inside that I used to have, so it is my assumption.

“They have been desperate for Sancho, they didn’t get him last summer but they could look a lot smarter if they get him this time around for half price.

“If Manchester United were to sign Harry Kane and a Sancho, will Cavani play? Will Greenwood have the growth? Where does Paul Pogba fit in? So I’m looking at it now and I think Sancho will come in, with Greenwood backup on that side.

“Up front they will have Cavani and Greenwood and on the left they will have Rashford and Martial and then you’ve got Pogba who can fit in there too or at the base of midfield.

“If you sign Kane or Haaland as well I don’t think that basically works for Manchester United with the way they have recruited the last few years. I think it is Sancho and I think that is their business done.”

Neville also lavished praise on Cavani for his impact during his debut season at Old Trafford, describing the Uruguayan’s performances as ‘absolutely sensational’ and reiterating his belief that United are a ‘better side’ with the forward in the team.

“I think he has been absolutely sensational, in every single way,” Neville added. “His attitude, his commitment, forget the goals, his impact on the other players. You think about positive influences on the likes of Rashford and Greenwood.

“Manchester United can press better at the front when he is there, they have got a better target man to hit.

“I think that ultimately you look at the sort of strikers who emerged in the league in the last few years they are fluid, flexible. This is a throwback.

“He is a classic centre forward, makes brilliant runs, runs you would have been taught 20 years ago. I think he has been an absolute joy. I am delighted he is going to be at Manchester United next season. I think they are a better side when he is in the team.”