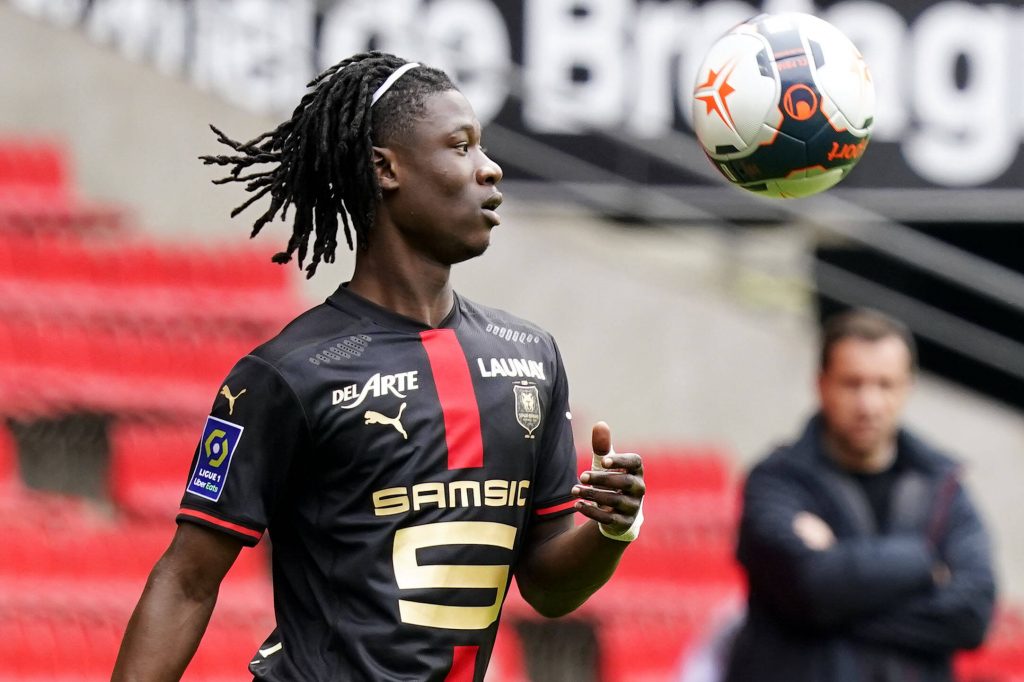 Barcelona are looking towards Stade Rennais midfielder Eduardo Camavinga as a potential Busquets replacement, according to a report by Mundo Deportivo.

The Spaniard has been La Blaugrana’s dark horse for the better part of a decade, and even though owing to tactical changes faced a relatively poor start to the 2020/21 season, his recent form emphasises the huge impact he has on the squad, forming a reliable central midfield partnership alongside Pedri and Frenkie de Jong.

Busquets is, however, ageing. At almost 33-years-old, it’s easy to see why leadership at the club would be looking for a long-term replacement for such a crucial position in their long-established style of play.

If reports are to be believed, Barcelona have found a replacement in the form of 18-year-old Eduardo Camavinga.

The Frenchman has a contract that runs till 2022 and has refused to renew his contract at the club, which is why the club would be open to cashing in on the youngster this summer.

At only 18, the midfielder has had a great season as a pivot for the French side, who stand 7th in Ligue 1. Despite being a product of their youth academy, Camavinga is reportedly looking for a move to a bigger side to compete for European football.

Barcelona are far from the only club interested in the starlet, with reports suggesting that fellow French side Paris Saint-Germain and domestic rivals Real Madrid are interested in him. If the Catalans were to bring in the Frenchman, it would have to be this summer, since it is incredibly unlikely that the French outfit would let him go on a free next summer.

Reportedly, La Blaugrana have been in the market for a Busquets-Esque midfielder for a fair amount of time and recently found 3 potential replacements in the form of Camavinga, Locatelli (Sassuolo) and Mike Moreno (Real Sociedad).

Barcelona would undoubtedly face the greatest competition for the singing of the French midfielder, who has already shown tremendously positive signs at the age of 18.