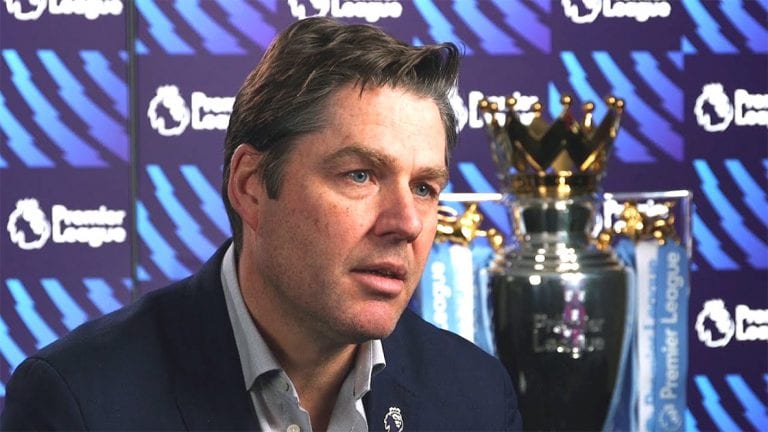 The Premier League have released an official statement on Monday afternoon.

This followed and was in response to Boris Johnson making a public address at 5pm.

The Prime Minister confirming that as scheduled, a limited number of home fans will be able to attend the final two rounds of Premier League matches this month.

In their official response, the Premier League predictably welcomed the confirmed return of fans to these matches.

Our old mate Richard Masters declaring: ‘It will be brilliant to see fans back.’

Following on from that, the Premier League CEO stated when they are aiming to have full stadiums, including away supporters, back in operation.

Richard Masters saying: ‘our priority is to have full vibrant stadiums – including away supporters – from the start of next season.’

So the target is the weekend of Saturday 14 August 2021 for a return to a kind of ‘normality’, here’s hoping this is one thing we can rely on from Richard Masters and the Premier League…

‘The Premier League welcomes the Prime Minister’s confirmation today that further easing of lockdown restrictions enables supporters to return to stadiums next week.

“It will be brilliant to see fans back. They have been hugely missed and the Premier League has not been the same without them. Their presence will ensure a fantastic finale to the end of our season.

“Although only a small number of home fans will be at our matches next week, this is an important step in our return to normality.

“We will continue to work with the Government and other authorities as our priority is to have full vibrant stadiums – including away supporters – from the start of next season. Only then will we get back to the real Premier League.”

Clubs have a proven track record of delivering COVID-safe environments and have plans to ensure the safe return of their fans for fixtures played on Tuesday 18 and Wednesday 19 May, and the final day of the season on Sunday 23 May.’

The post Premier League announce date when intend to have full stadiums including away fans appeared first on NUFC The Mag.