At half time, the Sky Sports Producers were having a laugh at Newcastle fans once more

Leicester 2 Newcastle 4 : Jonny Was. Callum Is.

It was big news when I turned Sky Sports on at 7:59pm. Leicester had been thrown into pre-match confusion with an unspecified injury to Jonny ‘the Spitter’ Evans. No one knew what was wrong with him, tears were shed for his cup final in tatters.

The commentators didn’t know whether Leicester would line up as 3-4-1-2 or a 4-4-2 and by the looks of it neither did the players.

Absolute confusion into which Newcastle United could pour.

Later we found out that the injury to the Spitter was also the reason why Sergio Aguero missed a penalty against Chelsea on Saturday and why the Labour Party did so well in the Welsh Senedd election but so poorly in the English council ones. I never knew Jonny Evans was so important.

NUFC ignored it all, stuck to the tried and tested (then abandoned as too defensive, then brought in after Bruce’s gloves are off approach didn’t work and Graeme Jones’s new diamond only fleetingly sparkled) 3-5-2. Willock came in for Longstaff, the Arsenal loanee rewarded for precious goals as a substitute, the Toon youngster punished for being the only midfielder who could pass the ball the week before. Oh-no Krafth came in for Ciaran Clark in defence.

The first ten minutes or so were mostly Leicester possession with the game having a subdued feel. Then United came to life. Jonjo Shelvey, thankfully put under absolutely no pressure by the opposition midfield for the whole game, delivered a decent ball in and Fernandez headed wide. A couple of minutes later, Murphy put Wilson into the Leicester half and the forward squared to Maxi ten yards out. The Frenchman’s casual shot was saved. Schmeichel spread himself like his Dad, Maxi finished like my Dad.

It didn’t matter, the black and white gander was up. Soyuncu mis-controlled and Willock pounced, the youngster’s shot taking a slight deflection into the net but he deserved any luck he got, having both the courage and pace to gamble on a defensive mistake.

Leicester looked a bit shellshocked. Having lost seven times at home this season perhaps their confidence was low. There was little in the way of a reaction. Fofana headed straight at Dubravka when well placed, Dummett showed him how it is done. A beautiful inswinging corner from Matt Ritchie was met by Dummett a few yards out having tussled his way through the Foxes defence. Two players who are unsung heroes of our recent upsurge.

For all Steve Bruce talks about our big players coming back to make a difference, it has as much been down to two under used players who have shown their worth. Take a bow Ritchie and Dummett.

This time Leicester did improve. Maddison and Iheanacho both shot straight at the well positioned Dubravka who also saved from Jamie Vardy. The England striker, thinking he was Matt Le Tissier, lobbed our defence and tried to do the same to our keeper but Vardy is no Le Tissier and Dubravka is no Mike Hooper. Our keeper even managed a short kick to the strikers Queensbury’s in making the save. Nice. 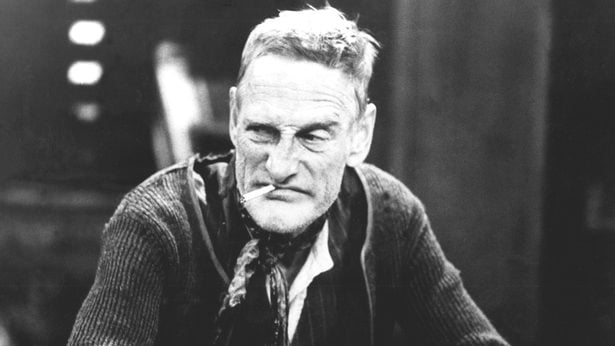 At half time, the Sky Sports Producers were having a laugh at us once more. Teaming infamous NUFC hater Graeme Sourface up with former Leicester player and Alan Shearer boot cleaner Neil Lennon to discuss the first 45 minutes. Honestly, they may as well have got Niall Quinn and Jordan Pickford to discuss the match for all the credit they gave Newcastle. It didn’t matter though, United had been much better than Leicester in the first half and only partly because the Foxes had been dreadful.

As expected, the second half saw a surge of blue energy and the sort of possession which would have made Maradona proud. It didn’t really lead to a raft of chances, one thing United can do is defend compactly with eleven men behind the ball. Maddison headed a free kick deflected off Shelvey’s planetarium and Ndidi headed the resulting corner wide when well placed. That was Ndidi’s last contribution, replaced by a slightly chubby Ayoze Perez who stood and watched as NUFC went three up. Matt Ritchie intercepted the ball on the edge of our penalty area and played an accurate but speculative ball up towards the pacey Callum Wilson. Castagne had yards on him but panicked and his half hit sliding back pass was never going to reach Schmeichel. Wilson picked up the back pass, cut across the keeper and banged into a half empty net for a very well taken striker’s goal, reminiscent of Sir Les in his prime.

If another Leicester volley was expected, it didn’t happen until Newcastle had gone four up and thought the game was safe, which of course it never is when you watch the Toon. Almiron played a lovely through ball, well controlled by Wilson who hit his shot against the post and nonchalantly stuck the rebound away from what looked like an impossible angle. Game over eh? Off came Willock, who was excellent on the day, with Sean Longstaff coming on and ASM coming off and Joelinton coming on. In between those substitutions, Marc Albrighton expertly drilling into the top corner after a period of Leicester penalty area pressure giving Leicester a consolation goal.

Then they got another consolation. How many consolations can you have? Iheanacho sticking the ball through some legs and into Dubravka’s near post with keeper unsighted, Johan Cruyff’s keep your legs shut defenders coaching manual once again unread in the Newcastle United dressing room.

Steve Bruce brought on Jeff Hendrick. Was he going for the draw? Obviously that’s a bit harsh on Hendrick. No one should underestimate the effect Hendrick has had on the team over the last half a dozen games. Simply by not playing, he has improved the team by a hundred per cent.

I have witnessed some crazy days at the old Filbert Street, Steve Carney scoring, an own goal keeping us in the second division and denying Leicester promotion to the Premier League, but there was to be no repeat of the drama this time around. And I wasn’t there anyway. City’s only late chance was a point blank Dubravka save from Ayoze Perez in the last minute of normal time. The Slovakian keeper was brilliant in this game, his first half saves from Iheanacho and Fofana excellent positioning but the two from Vardy before half time and Perez at the end were top drawer bravery. Goalkeepers don’t often get praised when you win 4-2 away from home but Dubravka was superb at the King Power Stadium. Andy Carroll didn’t come on for the last thirty seconds. He’ll be furious. The game was won. In a week when the red wall continued to collapse, the yellow one stood firm. 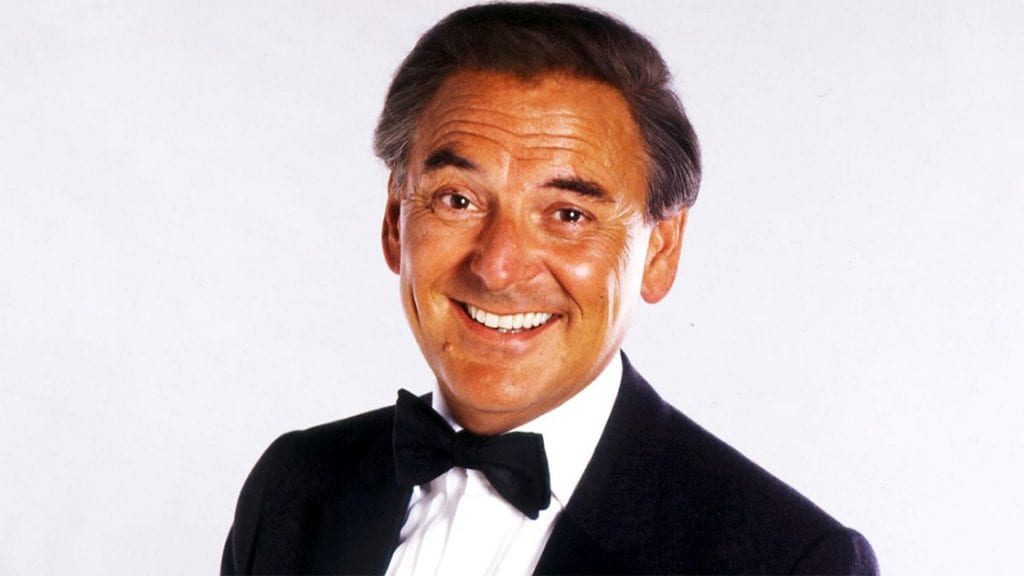 ‘Brendan Rodgers has some thinking to do’

So Leicester sleep walk to a cup final and a nervous wait for Champions League football. They didn’t play well on Friday evening, all because Jonny Evans got injured in the warm-up supposedly. Not because players who have been excellent this season, like they were for their previous clubs, couldn’t make a five yard pass on Friday. Not because the likes of Castagne and Fofana, top class players at Atlanta and Saint-Etienne, made horrible individual errors that cost their team. No, all because one player, a player who could be replaced by another player who plays in the same position, couldn’t play. I’ll remember that next time I go to work and someone has phoned in sick, it will be ok for everything to go down the bog.

Imagine if footballers had to get real jobs. I have enjoyed watching Leicester the limited times I have seen them this season and I would like them to finish in the top four, more because it would deny Liverpool, Arsenal and Spurs that place admittedly. But if they can’t get over losing a player ten minutes before kick off without crumbling then perhaps they won’t make it.

NUFC, well they played very well. Everyone contributed. Incoming Krafth and Willock rewarded their manager with solid performances, the experienced players played with responsibility and composure, the workmen worked and that allowed the skilful players to create and hurt the opposition. There were still times when United were too deep, times when they carried no threat and times when Dubravka was all that was between Leicester and three points, but that is all to be expected when a team trying to escape relegation goes to a club going for the Champions League. It was a very, very good performance.

Leicester Manager Bob Monkhouse trotted out one of the Steves’ favourite excuses for the defeat:

“Jonny Evans is the brain of our backline and when he came out of the team that was a big blow for us. However, we should still defend better.”

Steve Bruce was equally on message but redefining the meaning of the words “quietly” and “tirelessly”:

“I have said quietly for weeks that we’d be OK when we got our big players back. My staff have worked tirelessly to make sure we got to this position.”

He is right that the big players have made a difference, though it may be open to interpretation who those big players are.

The post At half time, the Sky Sports Producers were having a laugh at Newcastle fans once more appeared first on NUFC The Mag.