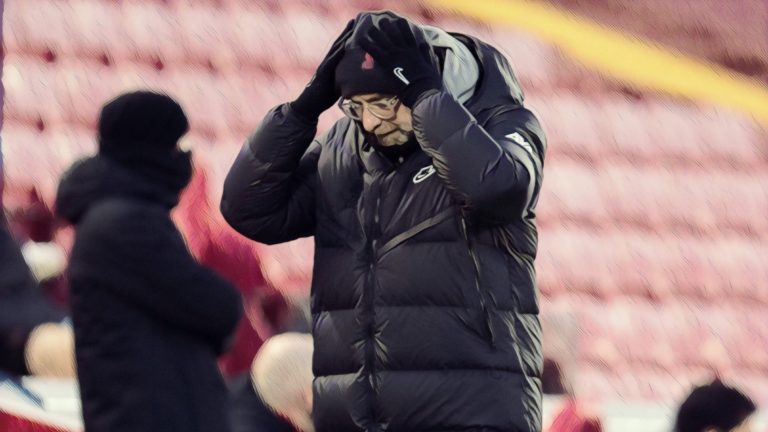 The Merseyside club claimed their first league title for 30 years last season, after a rampant domestic campaign in which they finished 18 points clear of second-placed Manchester City.

After another strong start to the current season, in which Klopp’s men were three points clear at the top of the table at the end of 2020, a torrid run of form has seen their hopes of successive league titles ebb away, while they are also now facing an uphill task just to clinch Champions League football next season.

The reigning Premier League champions are currently in seventh and seven points behind rivals Chelsea in fourth, with a wretched run of home form largely to blame for their side down the table, having picked up just one league win at Anfield since the turn of the year.

Ahead of a seemingly must-win game at home to Southampton on Sunday, the former Borussia Dortmund boss insisted that his side’s extensive injury issues, particularly at the back, have been the key factor in their failed title defence.

The Reds initially lost Virgil Van Dijk back in October, before fellow defender Joe Gomez also suffered a significant injury on international duty a month later, leading to a succession of different centre-back partnerships having to be deployed, a factor that Klopp believes impacted the ‘spine’ of his side.

“We had too many injuries in key positions,” Klopp told his pre-match press conference.

“People think it’s an excuse but we lost our full defence, it felt like we broke our leg. You can limp, with midfielders transformed to defenders, and the spine was broke. Then it’s difficult to move.

“I always try to learn,” he added. “Did I learn a lot? For sure. The players for sure, that’s clear. That’s the plan, to use the new experience for the future and next season but we have to wait until then to show we got it.”

The post ‘The spine was broke’ – Klopp opens up on Liverpool’s failed title defence first appeared on The Football Faithful.