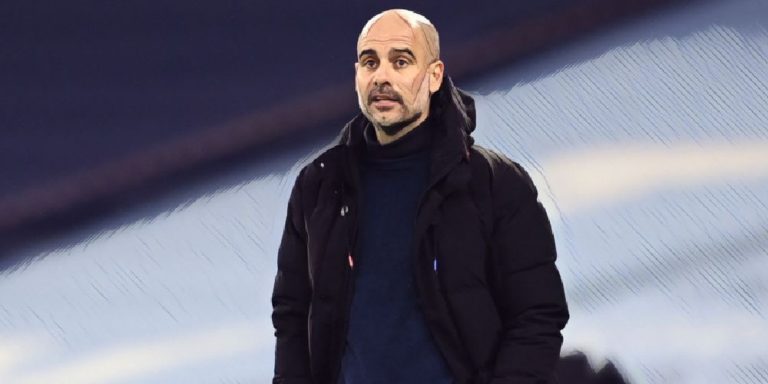 Pep Guardiola has insisted that the Premier League remains the ‘most important title’, ahead of Manchester City’s UEFA Champions League final dress rehearsal with Chelsea on Saturday.

It’s been another stellar campaign for City this season, the club having already secured the Carabao Cup after victory over Tottenham last month, while they are now just one win away from clinching a third league title in just four seasons.

With those two major honours already essentially in the bag, Guardiola’s men also have the chance to add further silverware at the end of the month, the club set to take on Chelsea in an all-English Champions League final showdown after seeing off Paris Saint-Germain in the last four.

After a succession of knockout stage heatbreaks since the former Barcelona boss took the job in 2016, City are now just one win away from a maiden major European triumph, should they better Thomas Tuchel’s in-form side on 26 May.

With that high stakes encounter on the horizon, the two sides are set to come head-to-head this weekend in league action at the Etihad, the hosts looking to wrap up the title, while the Blues could make further strides towards securing a place in the top-four.

Although it would seem that City’s main focus will be their European exploits, Guardiola has insisted that the Premier League remains the priority, while he also admitted that they have to remain solely focused on the league until the title is definitely secured.

“I’ve always said the Premier League is the most important title,” Guardiola said at his pre-match press conference.

“We have four games left to get one victory and tomorrow we will try to get it.

“When we have the Premier League, the focus will be the final of the Champions League and everything will be related to the final. I am a cautious guy. In sport you don’t talk about it until you have it.

“People might think the guys who played against Borussia Dortmund and Borussia Monchengladbach are going to play the final. Right now, I don’t know. What I want is everyone involved in the next two to three weeks to prepare for the final.”

The post Guardiola insists PL is ‘most important title’ ahead of UCL final rehearsal with Chelsea first appeared on The Football Faithful.