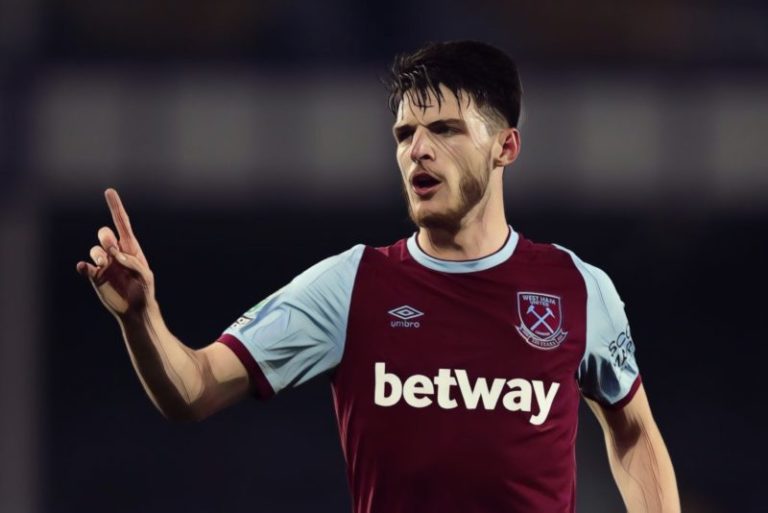 Manchester City have joined Chelsea and Manchester United in expressing an interest in Declan Rice amid uncertainty over the future of Fernandinho.

Fernandinho is out of contract at the end of the season and is yet to commit to a new deal at the Etihad, the veteran understood to be considering whether he feels he can continue for a further season.

The 36-year-old has made 33 appearances in all competitions this season and impressed during the club’s 2-0 win over Paris Saint-Germain on Tuesday, as Pep Guardiola’s side secured their place in the Champions League final for the first time.

According to the Times, City have earmarked West Ham’s Rice as a potential replacement should the club captain decide to depart and have joined Chelsea and Manchester United in the race to sign the midfielder.

Rice has enjoyed a superb campaign for the Hammers and has captained the side for much of the season, with David Moyes’ team currently fifth in the Premier League and chasing Champions League qualification.

Moyes has discussed potential interest in Rice and has previously stated his belief that the England international is worth ‘far more’ than West Ham’s £100 million valuation.

City are unwilling to go that high for the 22-year-old however, and fear they could be priced out of a move amid fierce competition from Premier League rivals.

Chelsea are long-term admirers of a player who was released by the club’s academy as a teenager before signing for West Ham, with former manager Frank Lampard having made Rice a leading target and suggestions he could be utilised at centre-back at Stamford Bridge.

Rice’s comfortability in possession and in both positions will appeal to Pep Guardiola, though he would be forced to compete with Rodri for a first-team place at the base of the City midfield.

Manchester United are also understood to be in the market for a defensive midfielder amid uncertainty over Nemanja Matic’s future and Ole Gunnar Solskjaer’s tendency to operate with both Fred and Scott McTominay as a two-man axis.

The post Man City join Chelsea and Man Utd in their interest for Declan Rice first appeared on The Football Faithful.