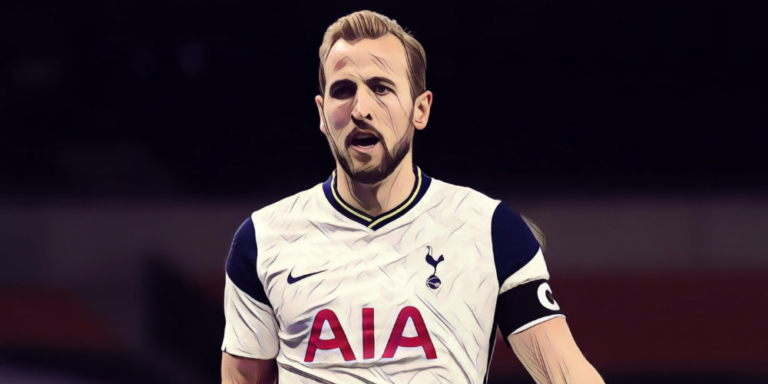 Manchester United are said to be preparing a £90m bid to sign Harry Kane from Tottenham, as the Glazer family ‘sanction’ the deal in an attempt to appease the club’s angry fanbase.

United supporters have demonstrated their anger towards the club’s controversial ownership this week, with the Red Devils’ clash with Liverpool postponed on safety grounds after fans invaded the Old Trafford pitch on Sunday in protest.

The club’s involvement in the European Super League proposal has sparked a renewed attempt to oust the American owners from power, the Glazers having come under huge pressure over the past decade with their heavily leveraged takeover having saddled United with huge debt 16 years ago.

Despite pressure to sell, The Sun are reporting the Glazer family are ready to ‘sanction’ a big-money move for Kane as they bid to ‘appease’ the club’s disaffectioned fanbase.

Kane’s future appears uncertain with the forward keen to win the silverware that has eluded him in his career to date, with the 27-year-old having made no secret of his desire to compete for major trophies.

The England captain is the leading scorer in the Premier League this season and is understood to be ‘interested’ in the move, though the £90m fee being mooted looks unlikely to be enough to prise him from north London.

Kane – who has scored 31 goals and provided 16 assists this season – will have three years remaining on his contract this summer and Spurs will demand a huge fee if the forward expresses a desire to leave.

Any move would likely break the £89m British transfer-record deal that saw Paul Pogba sign for Manchester United in 2016, with Kane potentially costing in excess of £100m.

United have continually been linked with Jadon Sancho from Borussia Dortmund, while they are also keen on signing a centre-back.

Read – Iconic Performances: The memorable night in the San Siro when Bale announced his genius