by Shivraj Duggal
in Football
0 0
0 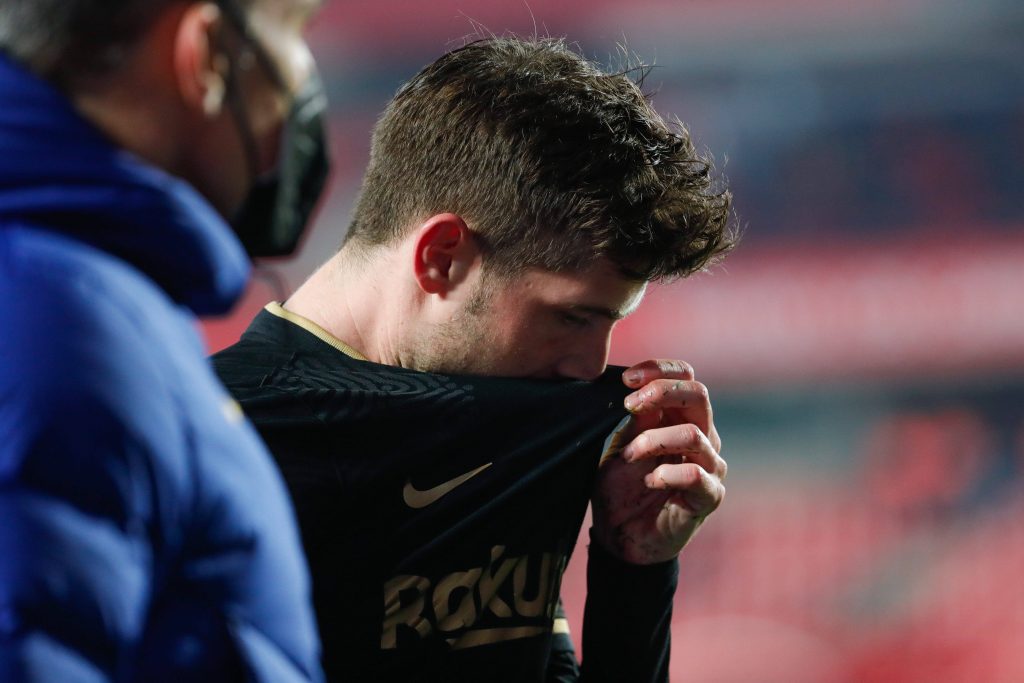 A recent poll conducted by Barca Universal on twitter has revealed whether the fans think Barcelona’s fourth captain Sergi Roberto still deserves his place in the roster.

The Spanish fullback-cum-midfielder first gained prominence in the 15/16 season, playing second fiddle to the midfield trio as well as Dani Alves in moments of injury. After the Brazilian fullback departed the club, Roberto claimed the right-back spot for himself, only rivaled one season on by Nelson Semedo.

Roberto is often defined as a ‘jack of all trades, master of none’. Nevertheless, even after five campaigns of regular football with the first team, the 29-year-old has not managed to convince fans. Often caught napping in defence, it is evident that he is out of his defensive depth in the backline.

While he displays better passing ability, positional understanding, and on the ball skill than most fullbacks in the world, it is his shortcomings in two areas that severely constrict Sergi Roberto. Firstly, he has an intolerable unwillingness to make dangerous plays, more often than not passing the ball backwards.

Secondly, Roberto boasts some of the most abysmal defensive numbers in defence, coming in at 16th percentile amongst all of Europe’s fullbacks in five defensive stats: interceptions, blocks, tackles, clearances, pressures, and aerials won.

Fans have taken note of the La Masia graduate’s woeful defensive traits, as he has been part of the backline during several European embarrassments. Many question his place in the squad. Many believe his 11-year odyssey must end now.

In fact, the fans’ opinion was made clear on a Twitter poll which asked, “Should Sergi Roberto be sold in the summer?” A whopping 88% of Barça fans believe the Spaniard has no place left in, what is refreshing, a youthful, exuberant, and talented squad.

Poll — Should Sergi Roberto be sold in the summer?

In fact, several reasons can justify this number being so high. Firstly, the right-back spot is well and truly covered without the Spaniard. Sergiño Dest, while currently worse at passing, offers much more going forward. He is better with the ball at his feet, has far more pace to catch through passes, and attempts daring low crosses into the box.

Secondly, Oscar Mingueza has shown throughout several moments that he can also perform well at right-back, given his physical virtues defensively. Additionally, the 21-year-old is adept at ball-playing and even possesses the skill to carry the ball forward.

The club may yet bring Emerson Royal back from Real Betis, meaning there most definitely won’t be a place for the veteran Barça player in the squad.

If Roberto can’t warrant a place in right-back, surely he can play an important role in the midfield. However, this would be even more difficult for the Champions League winner, as Barça’s roster in midfield is full of young, talented, and world class midfielders.

With the irreplaceable trio of Pedro ‘Pedri’ Gonzalez, Sergio Busquets, and Frenkie de Jong, there would be no chance at all for a player of Roberto’s inferior skill, dexterity, and positioning to break into the centre of the park. It is also hard to see the 29-year-old being ahead of breakout talent Ilaix Moriba or fan-favourite Riqui Puig.

Arguably, Barça’s subsidiary have midfielders more worthy of Roberto to be starting, such as Nico Gonzalez and Jandro Orellana in deeper roles, with Alex Collado potentially coming into a number 8 role.

Therefore, it seems the only way forwards is outwards. Roberto must look to exit the club, both by fans’ consensus as well as for the future of this club. With so much crowding in midfield and defence, it makes little-to-no sense to keep Roberto, who is shockingly earning wages equal to world-class midfielder Joshua Kimmich and even more than Ballon d’Or finalist Virgil Van Dijk.