Rodgers has ‘no interest’ in Spurs job 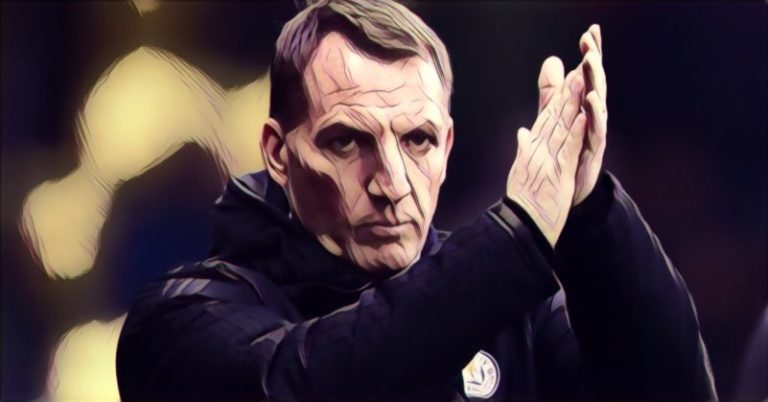 Brendan Rodgers is understood to have ‘no interest’ in the vacant position at Tottenham with the Leicester manager remaining committed to the club.

Rodgers has been one a number of names linked with the north London side since the sacking of Jose Mourinho last week, with the Northern Irishman having become a leading candidate following the announcement that RB Leipzig coach Julian Nagelsmann will take charge of Bayern Munich next season.

Rodgers has won plenty of plaudits since returning to the Premier League with Leicester, turning the Foxes into regular contenders for European football with the club on course to secure a top-four finish and Champions League qualification.

Leicester are also through to a first FA Cup final since 1969 and the club’s progress means Rodgers has no interest in leaving the King Power Stadium, with the 48-year-old confident the Foxes can be regular challengers for Europe and silverware in the coming seasons.

According to Sky Sports, the former Liverpool and Celtic boss believes his youthful squad can develop further over the next few seasons and the opening of a new state of the art training facility has further provided Leicester with the infrastructure to compete with the division’s best.

Leicester missed out on Champions League football on the final day of last season, but are currently seven points clear of fifth-placed West Ham with just five games of the season remaining.

Rodgers’ reluctance to take the vacancy at Spurs will see the club move on to alternative targets with Ajax boss Erik ten Hag, Brighton’s Graham Potter, Fulham’s Scott Parker and Roberto Martinez amongst those linked with the role.

Read – Rating the impact of PSG’s five most expensive signings

The post Rodgers has ‘no interest’ in Spurs job first appeared on The Football Faithful.