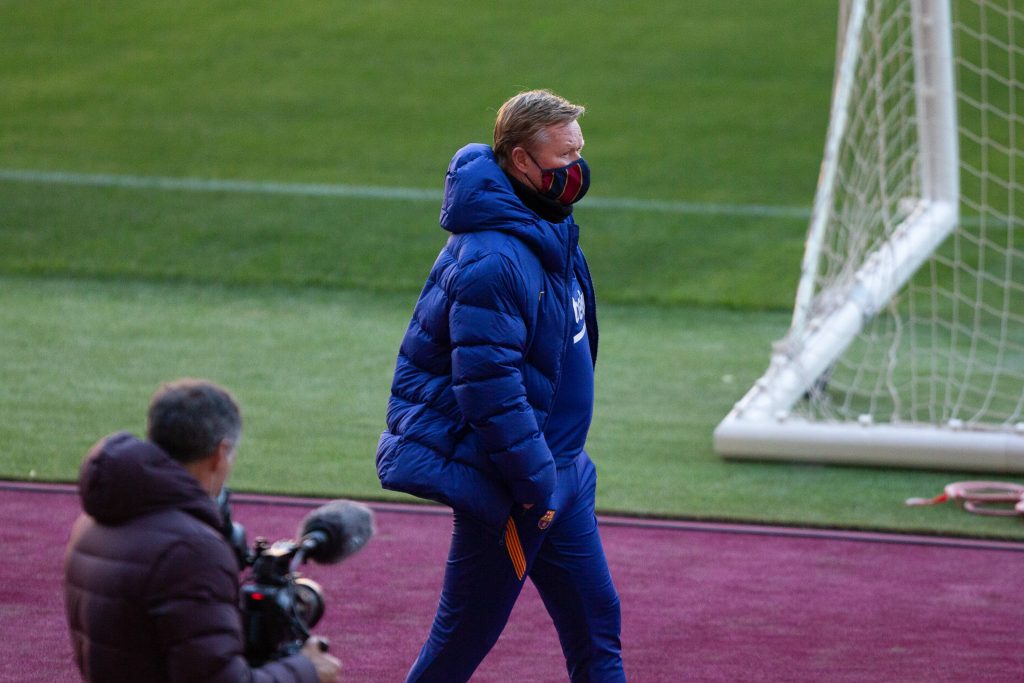 Ronald Koeman has spoken in the press conference (via Barça TV+) ahead of one of Barcelona’s so-called ‘finals’. The Catalan club will face Granada at Camp Nou.

The game will be crucial as there is a head-to-head title race between La Liga’s top four, namely Barcelona, Atletico Madrid, Real Madrid, and Sevilla as all four are stacked within a 3-point difference, with the Catalans having a game in hand. The Dutch coach has commented on the situation and his expectations.

On the La Liga title

“We know that we can be leaders, it can be a blessing, but first we have to win the game. If you look back, it is an unexpected situation, being able to fight for the league is something great that we have managed to achieve.”

“All the games are equally important now. We have already been under a lot of pressure, in which we cannot fail. We need the points, all of them, also the one’s tomorrow. We know that it’s a fight between four teams to win the league.”

“A lot of people say we’re the favorites now, but we are not on the same page. There are no easy games, the team has learned that you have to go from game to game. We don’t have to go crazy with the possibility of being able to win La Liga at all.”

“The team who’s first in the table is the favourite and we’re still not there.”

“Griezmann is a team player, and he trains a lot. He’s probably had bad luck this season, but now he has more confidence. You can’t score that first goal against Villarreal without confidence.”

On the clash against Granada

“We have a way of training and preparing for the games and it will not be different tomorrow. The players know that at Barça you have to win things, we have leaders and experienced players and they must transmit it to the young players.”

“It is difficult for those who are not playing, but now the important thing is the team. We will make decisions based on the freshness and the physical data that we have on each player.”

“Mentally we are strong, we have had difficult times. We have managed to turn the score around in important matches and the trajectory in the Copa del Rey speaks for itself. We are 6 games away from winning the title, and whoever dominates the fitness will win La Liga.”

On PSG’s interest in Lionel Messi

“I am not interested, first because I do not know if the news is true. I hope that Leo stays with us, he must end his career here because he has been here all his life, but it is his decision. What worries me is the game tomorrow.”

On next season and possible signings

“Of course we are working for next season, thinking about improving, like any coach and club basically does. We have been without Ansu Fati for five months now, and we have managed to deal without him. He is an important player despite his age.”

“Together with Ramon Planes and Mateu Alemany, we decide what is best for the team, but in the end the financial question depends on the President.”

That brings an end to Koeman’s press conference. We will have to wait and see how the game will evolve, but it looks like the dressing room is really confident about how things are going currently, with each player performing at their best lately.