European Super League: An anti-climax to a fascinating title race in Spain 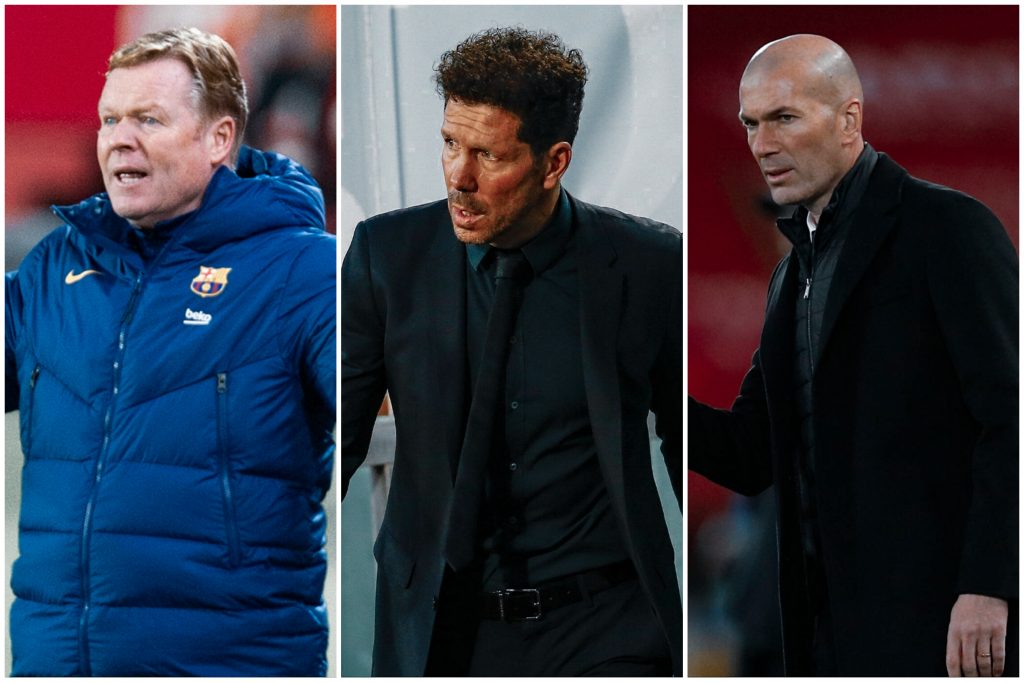 An air of incredible optimism has been surrounding Barcelona in the last couple of days. After a successful conquest in Seville, where the Blaugrana laid hands on a record 31st Copa del Rey title, attentions turned back to La Liga, in a race for the title that is hotting up massively. Further delight would follow in the camp of the Garnet and Blues. As eternal rivals, Real Madrid were held to a goalless stalemate against Getafe. But the excitement would soon be drowned out by chaos and disappointment when the announcement for the European Super League was made official.

Twelve of Europe’s leading football clubs announced they have agreed to establish a new midweek competition, the European Super League, governed by its ‘Founding Clubs’, consisting of some of the biggest teams in world football. A competition that paints a striking image of power and money, set to rival the Champions League with football’s heavyweights going head to head regularly while still keeping their place within the domestic circuits.

Among these founding clubs are Spain’s ‘Big 3’ — FC Barcelona, Atletico Madrid, and Real Madrid. The implications of this decision are so vast and will induce such drastic change that there may not be enough arguments against it. Social media has been set ablaze, with fans of the ‘founding clubs’ and all others faithful to the sport raising their voices against the greed-driven attempt to make a universally accessible sport into an elitist entity.

There is going to be plenty of scope to dive into those depths, but first and foremost comes the threat to the current domestic season. Reports have suggested that in light of this massive announcement, there is the possibility that the current La Liga season could be voided entirely. If that were to be the case, it would be a massive shame. Especially for the lower-ranked clubs. The fun of it, in some ways, has already been marred.

After the 2013-14 season, where Atletico Madrid managed to win the title on the final matchday of the season against Barcelona, came the 2014-15 season, which was decided by just two points separating Barcelona and Real Madrid and then the campaign 2015-16 saw Barcelona win again by just a point over Los Blancos. Since then, however, there has not been a title race as exciting as the ongoing battle of the 2020-21 season.

Atletico Madrid, who seemed poised to run away with the title earlier in the season, are indeed still on top of the table, but only just. Their once 14-point lead with games in hand has been slashed to just three points. Real Madrid, who prevailed against Barcelona in El Clasico now sit second, just two points ahead of their eternal rivals.

After their slip-up against Getafe, Madrid have once again handed over the initiative to Barcelona and Atleti to get their hands on the La Liga trophy. Barcelona are yet to play their 31st game of the season. They will also face Getafe on the coming weekend. If they were to win, they would move back into second place, just two points adrift of Diego Simeone’s men.

The title race then stays beautifully poised, but the Catalans, along with Los Colchoneros have the scales tilted in their favour. Real Madrid are still firmly within touching distance, but they must rely on their two rivals to drop points along the way if they are to taste total success. Not to forget, the Galacticos may also have to focus on their Champions League campaign; however, the progression of that tournament largely lies uncertain as UEFA have also opposed the formation of the Super League.

Barcelona are set to face Atletico Madrid in less than a month’s time. One would assume the victor would most likely go on to lift the trophy in May. However, what could be a blockbuster of a match may well be in jeopardy in the wake of recent news surrounding the European Super League.

Spanish football enthusiasts could perhaps be robbed of joy in witnessing what is the best title race in the league in almost a decade. In light of the news surrounding this massive change to the football pyramid, there have also been threats from domestic federations that say bans could be imposed on the teams partaking in the European Super League. This could mean all of the top three could be barred from competition. La Liga has already released a statement condemning the prospect of the ESL.

More than that, though, football seems to have come to the point where fans are not interested in whatever happens this season. Even if the Liga clubs remain in the competition, which is likely the case, it is tough to think of a situation where even winning silverware would matter to the fans. The Copa del Rey trophy has already been overshadowed by all the news surrounding the ESL and it is bound to be much of the same with the league. Might as well award it to Sevilla, we know Real Betis has.

Real Betis have updated the league table on their official website. pic.twitter.com/sRXtlO8rHz

There are a lot of pressing questions that are flying about in what can only be labelled as a strange and dark day for football. Only time will tell if the beautiful game is about to change forever. Right now, it seems like there aren’t any ways around it.

The post European Super League: An anti-climax to a fascinating title race in Spain appeared first on Barca Universal.