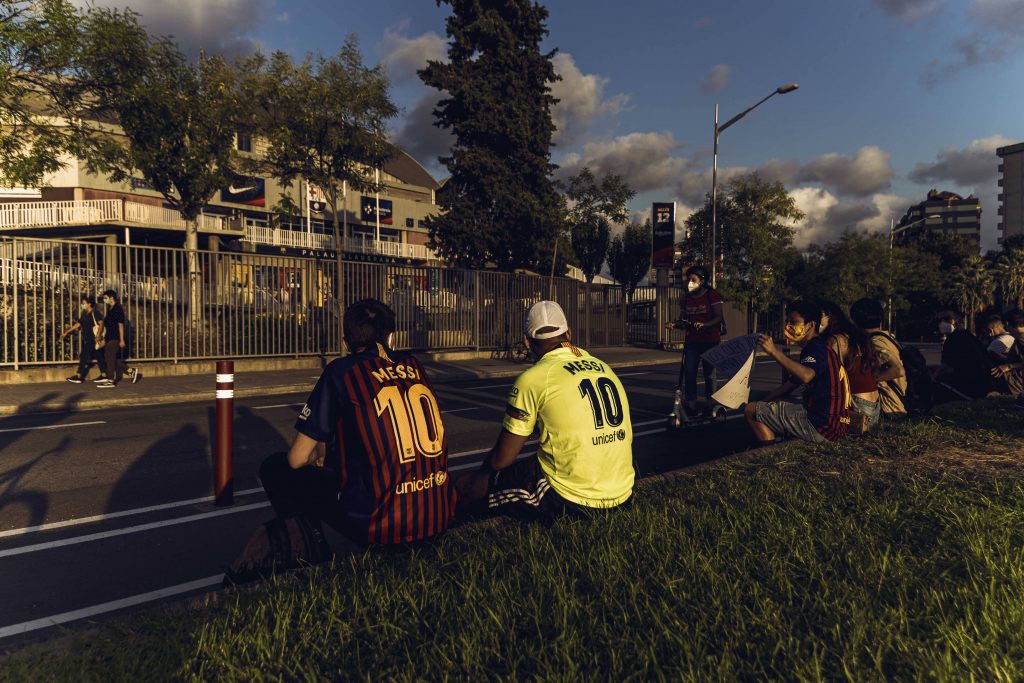 In light of recent events in the world of football, fans of the beautiful game have all seemingly taken a united stand against the European Super League. The ESL, a massive project that looks to have been born out of corporate greed, spearheaded by Real Madrid president Florentino Perez and also involving FC Barcelona as one of the founding clubs.

After numerous protests by fans of clubs in the Premier League, it seems as though the Spanish fans have also slowly begun speaking up. It seemed as though there was not too much opposition from the fans of Spanish clubs regarding the Super League initially.

READ: Have Barcelona been backed into a corner by the European Super League

However, that seems to be gradually changing as a banner has appeared outside the Camp Nou hung by fans, vehemently opposing the prospect of Barcelona’s involvement in the ESL. This comes after man fans of teams like Manchester United, Manchester City, Liverpool and Arsenal have all voiced their disagreement towards the entire operation.

The banner hung outside the Camp Nou says “Barça is our life, not your toy. No to the Super league.” A clear message against the agreement of the club to partake in such a competition that seems to go against everything football stands for.